Per ”Pärre” Sällström has advanced in his career through to his own initiative and work ethic. Now he dares to tell us where he is heading next.

The next summer, Pärre spotted another open position on the Mol.fi service which again ended up being a Barona Teollisuus job. After updating his information, Pärre was directed to a company named Celsa in Juvanmalmi, to work in production. Pärre’s job was to bend metals and metal reinforcements according to customer needs. The job was shift work. The first summer was largely spent using a bending table which, even though it is mechanical, requires the metals to be handled and processed by hand.

In March 2015, Pärre called his manager at Celsa and again asked if he could get a summer job. Both Barona and Celsa were happy to have Pärre onboard as both parties had been impressed by his work.

I always did what I was told and to the best of my ability. I did not complain and, during quieter periods, I would take the initiative and, for example, clean up the warehouse or oil the machines.

Pärre’s work ethic was recognized and he was given more responsibility. The next summer he started using more machines, such as the double bender and arc machine. “The first summer was spent listening to what the more experienced people said and following their direction. The next summer, I was more independent and I could advise younger workers, and even some older ones.” In addition to working with the machines, he also helped on the cutting side of operations. He would load different metals onto the cutting line according to the metal cutters’ instructions.

“I liked working with the ‘thicker’ metals. These metals were more robust and you got to work them with your own hands,” Pärre adds.

After a second successful summer, both Celsa and Barona asked Pärre if he would be interested in returning the next summer. “I answered that, yes, I will come back but I want to work in the office,” says Pärre as he describes his progress. “During the winters I was at school and in March 2016, I started as a foreman alongside my studies. Celsa had a need for foremen as they only had two and, for example, during summer vacations I was able to step in,” added Pärre.
As a foreman, Pärre’s job description changed, in that, for example, he would print out work orders and distribute them to the production workers. His own work was supported by the company’s SAP system that he used to plan the work a couple of days in advance. The system showed both the transportation plans as well as the metal production quantities. Pärre used the system to adjust the production workload and sometimes took initiative to ask for more work from the listers, who would in turn manage the quantities of metals entering the production process.

In addition to Pärre, a few other Barona people worked at Celsa. When Pärre was asked about how he sees Barona’s role in his job, he said, “It is easy to be employed through Barona. I even got used to the fact that Anssi would take care of things for me. The only difference might be that my work papers say Barona and not Celsa. It would be nice for these papers to also have the name of the place where I did the work.”

Recruitment consultant Anssi Pekkarinen commented on Pärre’s career and story from the Barona side.

Pärre is clearly a top guy! He works independently as a foreman. He plans and organizes. I would give him a top grade, a full 10 points.

Pärre is completing the final year of his studies and is faced with his thesis diploma work. “My objective is to write something that would combine my studies in material strengths and material engineering. I would like to work on some kind of solution for a company that would include, for example, steel or carbon.” Pärre also commented on his future, “My wish would be to start my diploma work in February. I would very much like to turn that experience into a full-time job with a company. I am also ready to move to wherever that job may be,” Pärre concludes. 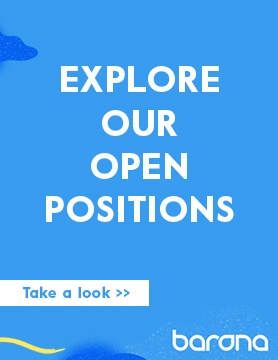 Wanna succeed in your remote interview - read our tips

Getting started with your job search